27th March 2020
Amidst the lockdown, selected audience got together for a curated virtual session with Ashwin Sanghi in conversation with Apra Kuchhal.

Ashwin is aptly nicknamed to as ‘Entrepreneur by day and writer by night.’ He called himself a lethal combination of a Kanpur Baniya family mother and father who was a businessman from Jodhpur. Ashwin graduated from St Xavier’s College, Mumbai, after which he completed his MBA from Yale school of Management.

He had the audience in splits when he said that when children were told to recite from religious texts he was familiarized with debit and credit. While there was no ignoring the business bones he had inherited from his parents, it was his maternal grandfather who kept feeding him on literature every week. He acknowledged the weekly dose of words that he would send him had somehow seeped into the melee of numbers, facts and figures. When his Munimji told him that keeping books was more important than reading books he sought his grandfather’s help to clear his confusion. He had beautifully explained to him – “Lakshmi always wants to be with Saraswati and therefore going after education will bring him both with a bonus of Ganashji in between them.”

Ashwin said he is neither a writer nor an Author but would like to consider himself to be a Storyteller and faces no difficulty in balancing both facets of his life. Ashwin redefines the balance between History and Mythology by blending myth and history to create mystery. He laments that schools and colleges have taken out the fun factor from history and transformed it into a strained topic of study. The element of conspiracy and mystery that stroke up various curious questions of truth and dare in history overlapped with mythology runs through the particle-collider and creates an aura of mystery. The urge to know the unknown is what drew him to research and write around it.

Speaking on ‘How much of mythology is true? And the definition of truth, Ashwin explained that we should “consider myth to be fantasy and Puranas fantastical lit.” Fiction, fantasy and myth co exists. Rama, Jesus, Krishna is mythology laced in history. There are various different interpretations of their existence. He dwelled on how Chanakya played a significant role in Ancient history, yet little has been written on him while pages and pages have been written on his work. Mythology is more truthful than history felt Ashwin as it came without any pretensions. It was factual narrative with deeper truth. Politicization of ancient learning has led to misinterpretation adds the author and somewhere he feels the equilibrium between the ancient and modern has been lost with lot of ancient learning being ignored.

Ashwin disclosed his belief of a supreme power. Speaking on the current heath scenario he believes that India being a spiritual nation will find it easier to cope with the pandemic. Divinity he explained is unexplained. It is human knowledge that led to unfolding the truth behind divine explanations. One part of knowledge has come out of labs while the other part had been resounded by the high level of intuitive knowledge of the ancient Rishi Munis. Ashwin spoke on the Quantum twin with respect to maya – dream or reality? He reasserts the fact that scientists need to be philosophers and philosophers scientists. Ashwin felt that history should not be whitewashed and all versions should be fore fronted. The author also guided that an epic needed to be told in the tradition of an epic.

Ashwin has no qualms on being called the Dan Brown of Indian Literature as he is a great believer of his work. He spoke on co-writing with James Patterson on Count to Ten and Private India, explaining the nuances of writing together and delegation of work. He said that he was glad that there was a plethora of authors now who were simplifying mythology to lure young readers of this generation. He spoke balanced his research time and writing time. Ashwin also spoke at length on his journey of writing the 13 Steps to Bloody Good Luck, 13 steps to Bloody Good Wealth series where he compiles the 13 stories that is brought to him for each series. Though he dedicates some time to his business, he is no longer involved in its operations. He is more engaged in the business of the book he adds in humour as it also entails a certain amount of strategizing where marketing his book is concerned. Having his work rejected 47 times by agents he was very happy to guide aspiring writers on how to go about getting there work published.

The session was a roller coaster of history mythology and fiction which took us through our knowledge of the ancient and gave it a contemporary interpretation. The session drew to light what we knew but ignore to address be it Abrahimic or Dharmic, dream or reality? The thirst to know more remained with the audience and we signed off looking forward to a physical session with Ashwin Sanghvi in the near future. 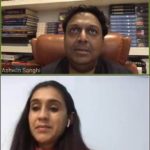 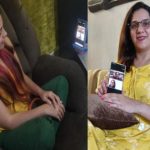 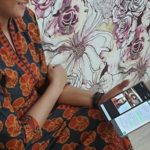 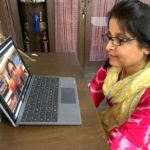 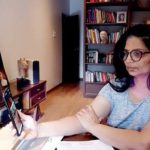 “Really enjoyed the session. … it was wonderful and yes the most interesting day in so many days of lock down. Liked the way he answered questions … and elaborated on how he differentiated in the styles of various authors in answer to my question. Thank you organisers for this session and thank you for including me.” – Madhavi Naidu

“Such a pleasure!! Most articulate knowledgeable Dow to earth person . Thank u for involving me n also giving me a chance to ask my question.”

“What a wonderful session. Thanks a lot to you guys for making this possible, and giving us hours to reminisce about during this quarantine. Godspeed to the team!” 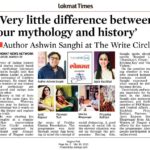 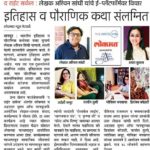 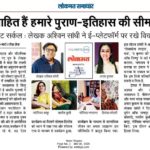