2nd April 2020
A closed-door session was curated exclusively for our Ehsaas Women with the talented actor director and now author, Nandita Das.

Nandita opened the session discussing her journey on researching Sadat Hassan Manto and the physical, emotional and spiritual journey she underwent studying the short story writer for her film. She described him as a man ahead of his time. His free spirit, determination to stick to his conviction, his empathy towards women and fearlessness all contributed to what she defines as ‘Mantonyat.’ Manto, she said is the ‘Champion of Truth’ who believed that reality is reflected through art and literature. She visited locations, gathered archival footages, his family provided her with trivia and anecdotes. Creating the character of his wife Safia, was however a bigger challenge as though she was an integral part of Manto’s being, she had a strong character , an identity of her own and who existed quite prominently in his life. Nandita shared that filming Manto was a ‘long and challenging learning curve in her life.’ Manto’s personality was beyond understanding of the people of that period as he stood for what they couldn’t comprehend or empathize or accept. While filming the movie “Manto”, Nandita had immersed her body, mind and soul into the film to mirror this intense personality as true to life as possible on the silver screen.

The second section of the session had Nandita answering questions from the attendees.

On issues or challenges faced by Women directors:

The primary challenges that women director’s face is from the home front, she stated. Nandita further adds – if a woman stays at home prioritizing her family, she is considered useless and if she chooses to pursue a career she is said to be neglecting her family. A woman being a nurturer by nature finds it very difficult to break the shackles of social stereotype and launch herself into a world of her own. The industry too came with its own vices that have been exposed by the #METOO movement. The night shifts, gender bias, elaborate travelling, lack of congenial working condition and above all male predominance dissuade many a talent from venturing into the industry. Women want their work to reflect their individual craftsmanship and thoughts.

A man and woman will always differ in their manner of judging and interpreting things. The way a woman would treat issues such as sexuality, relationships, thoughts and ideas, treatment of plots and scenes are bound to be different from a man. However Manto, she claimed had a Female gaze. He related to their vulnerability and weakness, their struggles and desires. He upheld their right to exist as an individual identity.

On being tagged as a “Female Director”

“When I work I am only a Director” stated the director. How she perceives and commences with her work doesn’t have anything to do with her a being a woman. She only believes in giving her best to her craft. Early into her professional arena she had despised being referred to as a Female Director but over a period of time ‘her relation with the tag changed.’ She felt that if this could help inspire and motivate more women to come forward with their skills, ideas, stories and perspective then she might as well embrace it. She mentioned how male directors such as Satyajit Ray, Shyam Benegal and Mrinal Sen had created some of the most captivating women-centric films. Nandita hoped that in the near future she would see“she more women behind the camera.”

Women can do it or not do it:

Nandita states that marriage and the baggage of responsibilities and duties that come with it often deter women to take up career choices. While working on Manto she divulged how difficult it was for her to juggle her work and her responsibility towards her son. Men find it easier to compartmentalize their life than women as they are more emotional. Men seldom share the workload whereas women are brought up to multi task. The need of a support system to be able to balance home front and work space is very crucial. She is hopeful that in the near future women will not be confined to pre fixed roles and gone would be the days of gender bias. 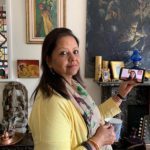 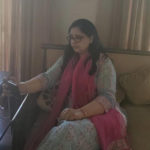 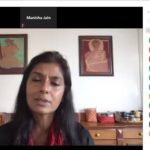 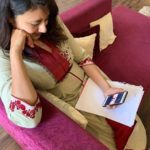 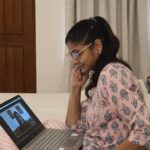 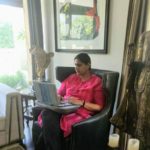 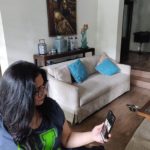 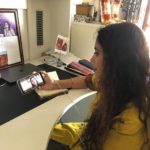 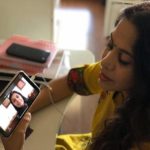 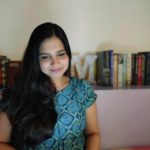 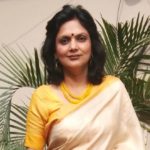 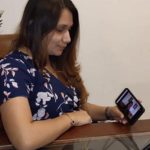 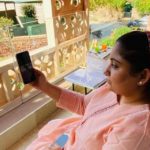 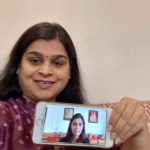 On why not a female protagonist:

Manto according to Nandita was a “true feminist.” Nandita unfolds that he had written extensively and deeply about women especially those living on the margins of society such as sex workers. Manto cherished his wife and was very empathetic towards her being. Nandita has worked hard to give Safiya equal prominence as it was her silent strength that saw him throw his alcoholism, social ostracization, betrayal and dilemma. Though a demure and quiet woman, her inner strength stands to be mirrored as ‘fiesty’ by the filmmaker. Once you scratched on the surface one got to see her pain, hurt and frustration of being torn between her families well-being and respect for her husband’s convictions. Nandita shared that Safiya’s daughters were extremely happy that their mother’s struggle too had been given equal prominence in her work.

“There are Mantos now too” Nandita piqued, though they may be camouflaged. Manto’s courage of conviction and determination of pursuance of truth was not bound by any diktat of society or otherwise. His free spirit and vision and beliefs were of utmost priority to him. Nandita related to Manto probably more because he bore familiar traits of her maverick father. Bold, out spoken, often misunderstood for his frankness and genuinity, Manto resembled her father in many ways. Nandita admits that making Manto had made her a stronger person.

On Manto being denied mainstream threshold:

Mainstream cinema has more to do with facts and figures. Films like Manto, Nandita unfolds has very minimal marketing budget or options. She laments that in some states like Amritsar and Kerala the movie wasn’t even allowed a screening and even in the ones that were, the theatres were unsuitable or show timings inconvenient thus unable to draw movie lovers. However, thanks to alternate mediums like Netflix, it is now reaching out to a greater audience. The discrimination was blatant. Big budget mainstream cinema is given in to pleasing the movie goers. Having woman as a central character does not mean that that their layers are any different from men. Men have always dominated the industry but women have begun a steady entrenchment too. Popular cinema has more binaries. Manto and similar films need to reach a bigger mass, declared the director. The common man may not be able to ‘intellectualize’ the film but will surely be able to feel it and live it more genuinely. The demand and supply factor too are important and the audience needs to reach out more for craft such as Manto.

Being an aethist, Nandita reveals that for her the supreme power is Nature and that probably has given her a better and more neutral understanding of perspectives. When personal choice overflows onto public choice it is no longer an individual expression. While being respectful of others’ prerogative, she deals with religion in her movie as transparently as Manto perceived it. Even during the most trying time of his life, even when he felt betrayed or when his sensitivity towards a particular idea was misinterpreted, Manto never compromised with his convictions.

Movies she would have liked to craft:

Aparna Sen’s Paroma is one movie Nandita disclosed she would have loved to create. She is intrigued by the institution of marriage and separation and other nuances that it carries. Films such as Ghare Bairey, Andhi and Artha too intrigue her. ‘Women have come of age’ she declared and in the process has ruffled a few feathers as well, she added.

Manto too had to go through the Censor screen test and was handed 22 cuts. After a lot of haggling, Nandita escaped with only four audio cuts. She was not ready to compromise with the authenticity or intensity of the film under any circumstance.

While concluding the session she mentions that gender roles have transformed and crossed the threshold. Nandita mentions that Women are now holding the door open for other women heralding that the ‘tipping has begun.’ Women like Bhawri Devi and Nirbhaya stand to lead the way. It is the time to inspire the circle of change. ‘Men have changed from being supporters to being partners’ declared Nandita.

Nandita Das is a strong advocate for issues of social justice and human rights. She has acted in more than 40 feature films in 10 different languages. She made her directorial debut with Firaaq in 2008 which premiered at the Toronto Film Festival winning her many accolades and appreciation. Her second directorial venture, Manto, was another landmark film that made it to the Cannes Film Festival followed by huge national appreciation. Ms. Das has recently authored a book titled ‘Manto & I’ – which is about her six-year journey studying short story writer and the emotional, political, and spiritual experiences she underwent throughout the study & the filming.

“In this bleak, dismall and  challenging  times, when social media is busy with umpteen videos and message on Corona Virus, the online session organized by Prabha Khaitan Foundation was a refreshing change. Nandita Das session on her movie and book on Sadat Hassan Manto was interesting. It was commendable the way she spoke and kept us hooked for an hour. Infact that one hour seemed too short a period to discuss Manto, Matoiyat and her take on feminism”
Anvita Pradhan, Ehsaas Patna

“The virtual session with the incredibly talented Nandita Das, at this time of social distancing was an amazing experience. I really want to thank PKF for building a virtual literary world to replace a broken physical one and also to strengthen our real world literary ties. These creative digital experiments are the need of the hour and we are lucky to be experiencing a healthy intellectual version of the digital culture . Kudos PKF”
Shelja Singh, Ehsaas Jodhpur 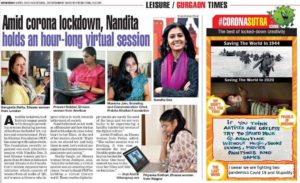 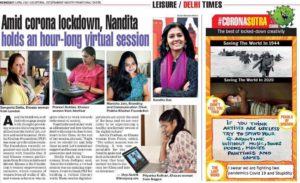 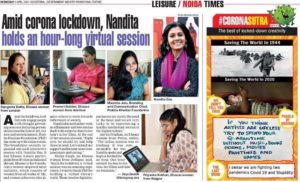