The universe writes with Mohammad Chowdhury 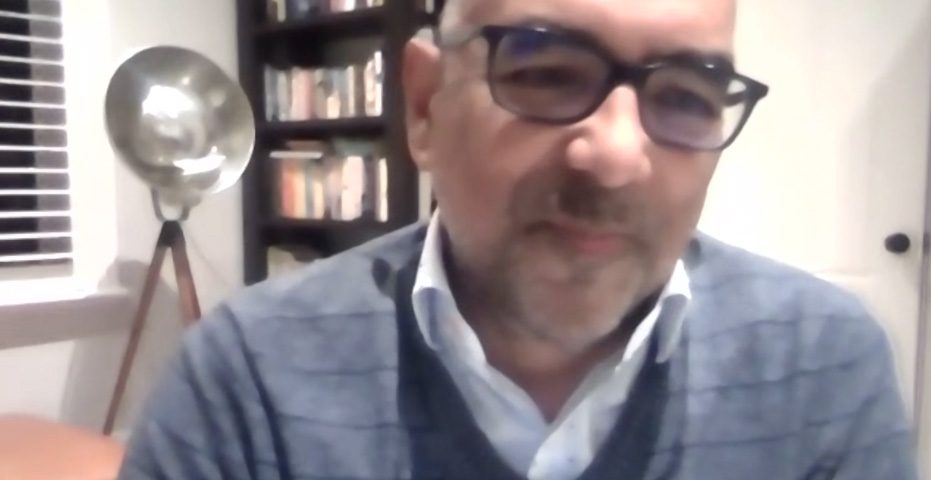 12th July 2021 – The July session of The Universe Writes by Prabha Khaitan Foundation, in association with Shree Cements and Siyahi, hosted Mohammad Chowdhury in conversation with Peter Griffin. Mohammad and Peter discussed Mohammad’s new book Border Crossings, out now and available online on Amazon. Peter talked about when he first knew Mohammad, when Mohammad was writing an article for Forbes and living in India. The article was based on some ideas that Mohammad would later use in his book. Even then, Peter could sense what an important book it was, and that people needed to hear Mohammad’s voice.

Mohammad’s parents had immigrated to London in the late 50s and early 60s. They got married and Mohammad was born in London. Growing up, his parents were very conscious of instilling Bangla culture in their children. The family only spoke in Bangla at home, not even the Sylheti of his father’s native land, but shuddho Bangla. He admitted he didn’t read much as a child and when he did, it was in English. It was only when he started university at Oxford, and he met people from every corner of the world, that he began reading extensively, exploring new ideas. University taught him to break down every notion and idea he had, and to examine and reassemble it. It was a time of discovery and learning for Mohammad. For Peter, it’s hard to believe that Mohammad had once failed his exams at university because he didn’t write well enough.

As a child, Mohammad was taught to read the Quran, which is written in Arabic. He, like many other Muslim children around the world, only knew how to read the Quran, without understanding what it actually said. The words of the holy book that was supposed to be the guiding light of his life, made no sense to Mohammad. It was a constant source of frustration for him, throughout his childhood and as an adult. It was bizarre to him that even the person who was instructing him in Islamic faith, didn’t know what he was reading from the Quran. Everyone learnt to read the Quran, and then understand its meaning from a translated Urdu version, and for Mohammad, further translated into English.

Mohammad began to learn Arabic and within a year, had advanced enough that he wanted to polish his conversational Arabic skills. His teacher asked him to travel to Damascus, a country where he would find it hard to find someone to talk to him in English, forcing Mohammad to work on his Arabic. He started writing there, and sent an early version of a travelogue to Robert Fisk. Fisk advised him, he wasn’t Mark Twain, and certainly not quite as eloquent as Twain. Mohammad was Brown, and Muslim and knew Arabic. People in Damascus would be accepting of him on sight. More importantly, he thought like a Westerner. For Fisk, Mohammad has a unique advantage that could make his writing, his stories, stand out from other voices. Mohammad took the advice and ran with it. He wrote the book in 15 months while working full time, nearly going crazy in the process.

When he found an agent and the book was pitched to editors, there was resounding feedback. They wanted to know if he used to be in Al-Qaeda, if he was telling the story of a reformed terrorist, now a partner at PwC.  Nobody was interested in just a Muslim man who was professionally successful.

Mohammad read a few riveting excerpts from his book, narrating his experience with actual border crossings, his constant travels between the Eastern and Western worlds, being questioned, looked at suspiciously.

Mohammad found himself in a limbo state, as often children of immigrants find themselves, not accepted in the West or the East. For the Western world, he was just another Brown man. When he visited Bangladesh, children would call him an Englishman. Mohammad had been fluent in Bangla and Sylheti from a young age, he would wear a lungi, but it wasn’t enough to be accepted in Bangladesh. Aunties would often say “Don’t give Mohammad the koi maach. The bones aren’t thick like London fish. He won’t know how to remove them”. Peter related to this sense of being on the outside because of his Western sounding name. Anyone who has never met him, walks in expecting a White man.

A high-flying executive in the financial world, Mohammad is happy to see how the Bangladesh of his childhood has progressed. Bangladesh was considered a basket case. Kissinger said the country wouldn’t survive. When his family would visit in the summer vacations, he would see so much poverty and there was a stark contrast evident to him when he went back to London. Mohammad’s father invested money in Bangladeshi business post-independence, especially the garment industry. Today, Bangladesh is a leading exporter of ready-to-wear garments to the world. The World Bank has now classified it as a middle-income country.

Border Crossings is a deeply personal book. Mohammad talked about his relationship with his faith, and how important it has always been to him. Like many other Asian children, he grew up in a religious household and was very connected to his Islamic belief. In today’s times, most societies don’t discuss religion in the workplaces and neither does he. He tries to walk the line between being a devout Muslim and not wearing his religion on his sleeve.

Peter and Mohammad discussed the rapidly changing India of today and what that means to its smaller, neighbouring countries. Mohammad, while working with Peter years ago, lived in India for a while and finds it a different place today. Globally, after the Iranian Revolution, with the overthrowing of the Shah of Iran, the Muslim community changed, and the way they were perceived changed. People were expressing their Muslimness with their clothes, their hair. After this, people stopped viewing Brown people as a homogenous entity. There was now a Brown community and a Muslim community. Much has been made of the scientific contributions of Muslims or people from the Arab world, sometimes Jews and Christians, but it hasn’t been the case since the 15th century and that has less to do with religion and more with colonialism.

Mohammad agreed with Amartya Sen’s analyses of India as an emerging global power. India had a leg up over China because it had freedom of press, making it impossible for burgeoning issues to be suppressed through state control. Today, India is on a different path and becoming a global power doesn’t seem likely.

Mohammad Chowdhury is a partner at PwC, Australia, and has his debut book out now, Border Crossings. Mohammad was one of the first British-born Bangladeshis to study at Oxford, where he read Politics, Philosophy and Economics, following which he completed his masters at Cambridge and, later on, executive training at Harvard Business School. He has worked in eighty countries advising Ministers and CEOs and is recognised as a leading emerging markets technology expert by the BBC, Financial Times, Forbes and CNN.

Peter Griffin has a remarkable professional career spanning journalism, editing, advertising and voiceover work. He’s written and edited for leading publications like Forbes and The Hindu. 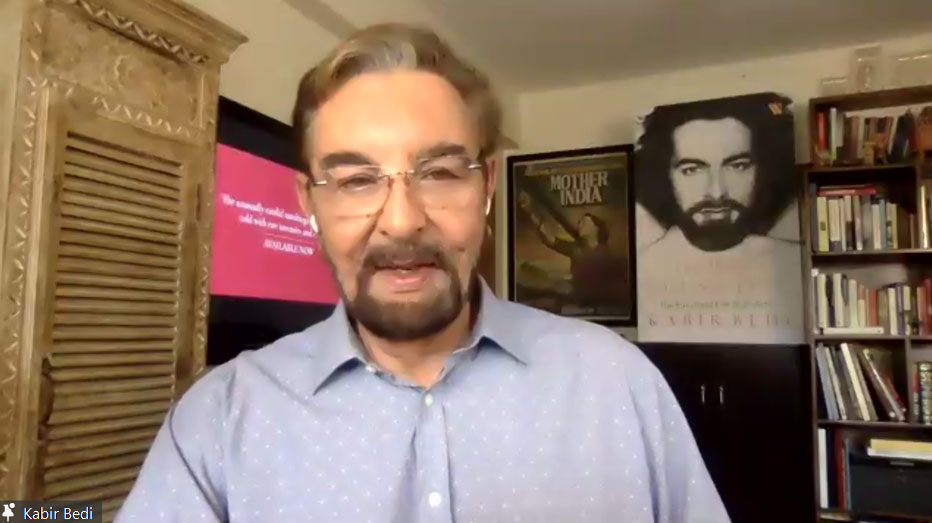 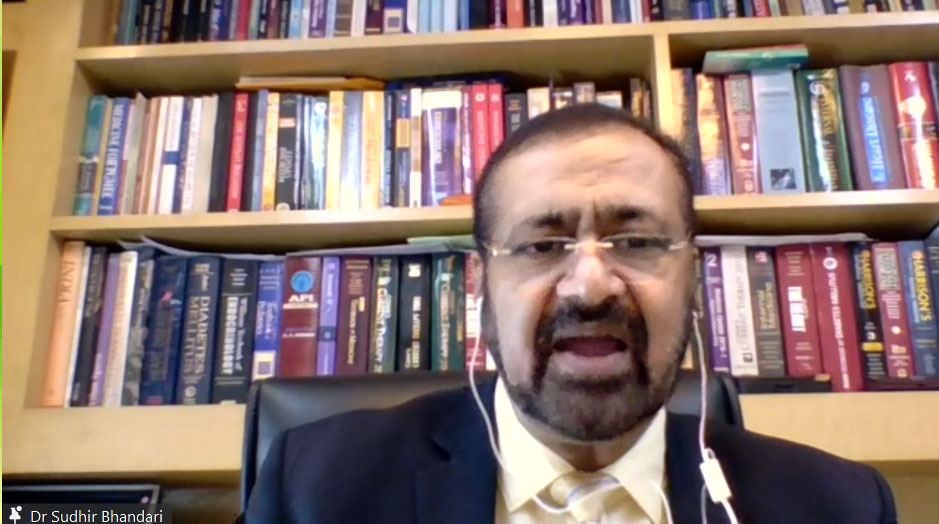