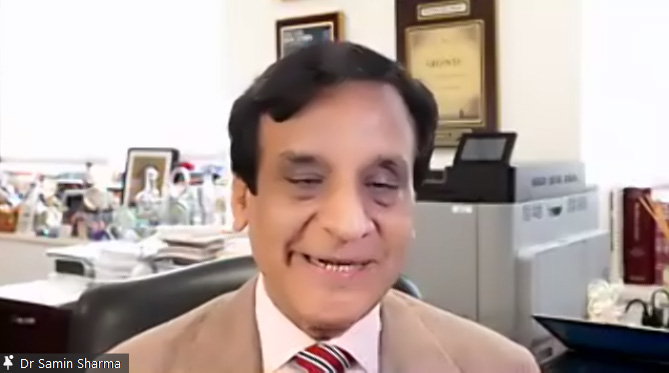 7th July 2021 – Prabha Khaitan Foundation organized a virtual session of EK Mulakat Vishesh with Dr. Samin Sharma. Dr. Sharma is the senior Vice President, operations and quality at the Mount Sinai Hospital. He is the director of interventional cardiology and also chairs the prestigious position as the President at the Mount Sinai Hospital. He is a renowned interventional cardiologist and is well-known for performing high-risk, complex coronary interventions. He specializes in many fields and is also a philanthropist. He has also built a 250 bed hospital in Jaipur to provide best affordable health care to people irrespective of their social and financial status. In conversation with him was Karishma Mehta, banker and a lawyer and Ehsaas woman of Mumbai.

Dr. Sharma had only one goal as a kid, which was to go to America. He had no relatives or connections in America but he says that he had already determined what he wanted to do. Before he got hired by Mount Sinai, he had to work many odd jobs and when he was finally hired by the hospital, he worked hard and mastered his procedures, which made Mount Sinai the top rated hospital for Cath Lab Volume in the US. Even though he made Mount Sinai the number 1 hospital, he felt like there was something missing which led him to build a hospital in Jaipur, which is an affordable but highly specialized hospital. They also have a foundation which helps the people who cannot afford treatment.

He says that he wants other doctors to know the procedures that he follows and are successful so that they can help other people. Back in 2009, he thought of creating a website in which doctors, across the world could attend and learn from him, he would announce the case first and then discuss it via a moderator. He has also received many best teacher awards in Mount Sinai and students under his residency have consistently had a high passing rate.

He talks about his routine and advices everyone to take at least one day off in a week, which he calls a battery recharging day. He fasts on Tuesdays and takes more than 30 to 40 cases that day.

He says that during the pandemic, the number of heart attacks reduced globally, this was due to a variety of reasons, less pollution, people eating good food etc. but because of COVID, there were cases of people coming in with a weak heart. Doctors still don’t know what causes this as it takes 2 to 3 months to diagnose. Dr. Sharma says that if a person is affected by COVID they should get an ECG and echo cardiogram after recovering. Even young people are affected by this and everyone should be careful and get there tests done. The heart damage is reversible if detected in time.

He talks about the vaccines and says that America has won the COVID war only because of vaccines and they aim to vaccinate the entire population of USA by the end of July. If a person contracts the virus, the chances of death are 12 to 15% but if a person is vaccinated, the chances are reduced to 0.001%. he urges everyone to get vaccinated and says that mild side-effects are to be expected as that is the response of the body to the vaccine to create anti bodies. People who have been affected by COVID should wait for a few months to get the vaccine but should get it after the recovery period. He says that even in India, vaccines have played a major role in reducing the number of cases.

He says that young kids are mostly immune to COVID and even if they do test positive for it, most of the times they don’t have any symptoms. People above the age of 16 are the ones that are really vulnerable to it. 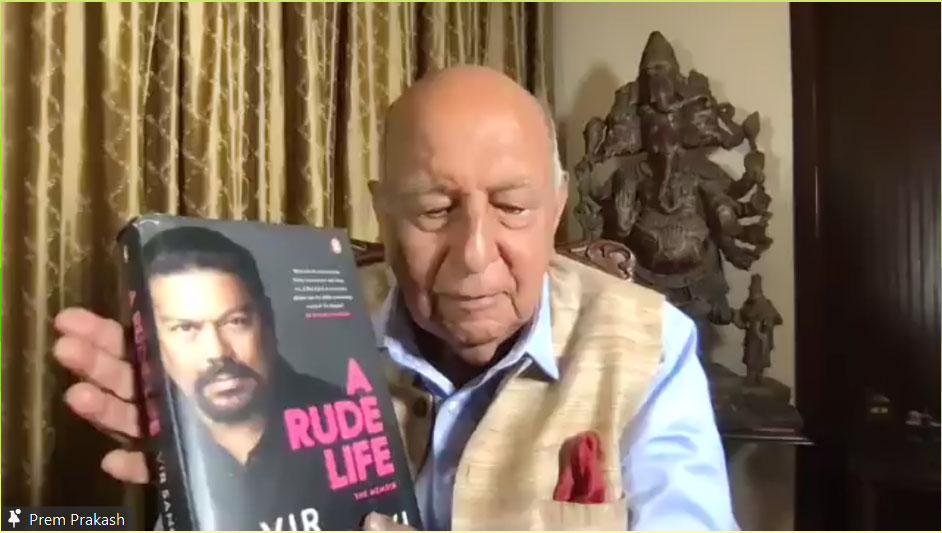 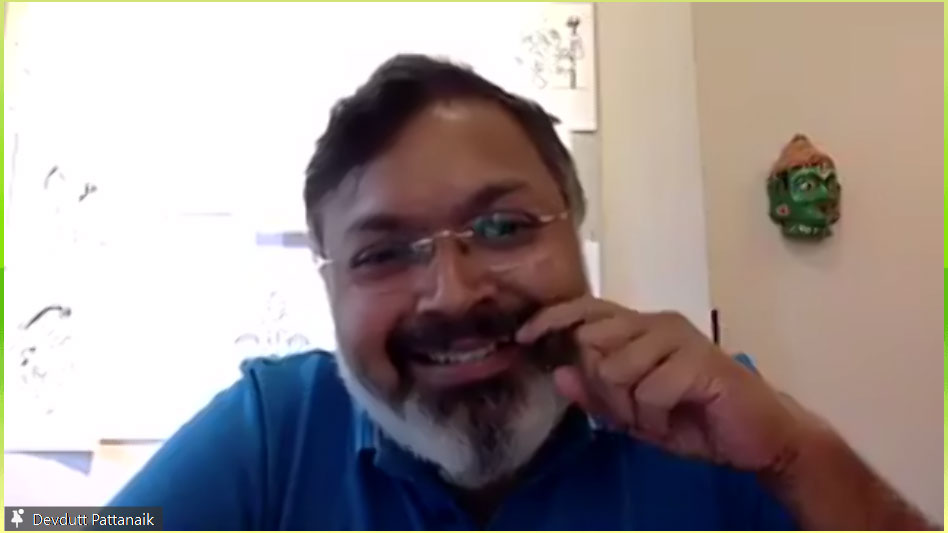